Hi everyone I’m Bronwyn Heeley, and am over the moon that Wade let me on her blog. Seriously, fan girling all over the place here. So thank you so much.

*Wade grins in the background, and thinks, "Thank you. You are very sweet." (Note: I have never met Bronwyn, but in the spirit of trying to keep Friend Fridays alive, she has stopped by!)

With this moment I’m going to tell you about my latest release, it’s called Love Without Knowing It and is about prostate cancer, though don’t let that have you shying away, I’ve written it in a way that is more about awareness. I made it light, with a happily ever after. I didn’t want to take a disease that kills more men in our lives than it should in this day and age, and just have you pause and think of a moment.

The thing is, if caught early it can be treated, and you can live though to have a perfectly normal life. Yeah things may be slightly different, but what isn’t when you run up against cancer, it’s about changing and moving forward.

Yet, I completely understand the fear of what might happen if it’s true. The testing for prostate cancer is still years behind, and even though you can get a blood test now to see if it’s there or not (and I’m not joking, it’s just a little blood) the rest can get harder and more painful the longer you leave it off.

For this reason and to help the only way that I could, I have written this book, and thought the month of November I will be giving all profits to the Movember charity. A charity that not only puts money into early detection and easier ways to cure, but also reaches out over the whole list of male health, including mental, with support groups, and other such events, all in the name of helping men realise they are allowed to get sick, and that’s okay. 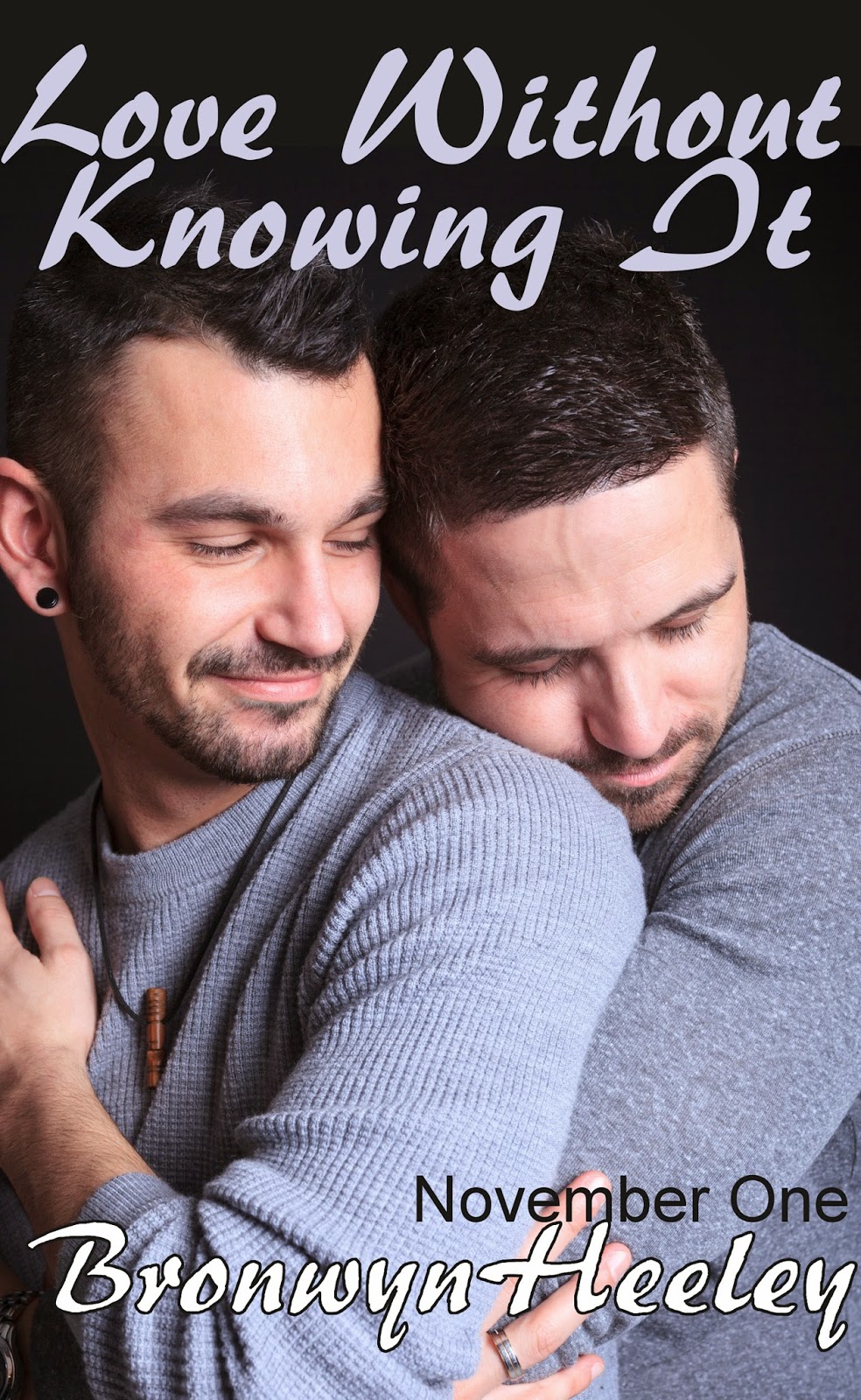 Now onto some good stuff with an excerpt, and I’d just like to remind you all, that this is a sweet, HEA short story.

Bio & social links:
Bronwyn is always wants to be a what you see is what she is, kinda person, but she’s not sure if she truly wants to succeed in that area. mostly because the voices in her head, the ones that come out so well on paper aren’t as well behaved in her head, and she’s a mother now, she’s got to hold something form or sanity. 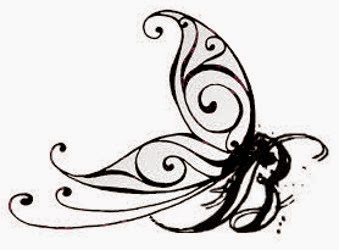 The UP COMING Release: Misplaced Affection

Yes, you read that right! In just 7 short weeks and 2 days, Misplaced Affection will be coming your way! I am super excited about this.

The manuscript has passed through the first stage of edits. As it stands, the novel is about 138k. That is VERY long! Why is it so long? Probably because I had lots of details to add. hahaha. It is a very layered story with three main characters and lots of angst and "life" to develop. I LOVE this story! Love it! I think the character arcs are good and realistic. I think there are many many scenes that will make people cry.

On the Wade Kelly Scale (Below) this is about a 9. Why? Well, I talk about tough subjects. (Imagine that!) Grief, child abuse, fanatically religious parents, fear, pride, and as well as plenty of stupid things that jealous teenaged boys do. This is a NA book. "New Adult." The characters start at about 16/18 and end around 20/22. This is NOT a M/M/M book. Repeat: NOT! The term "love triangle" is closer to the storyline. I know lots of readers like to see all the details int he blurb and be prepared, but if I listed all three characters that play a major role, they would think Ménage.

Clichés are overrated and loving the boy next door may not be as genuine as the love Flynn sacrifices along the way.

Knowing he’s gay and acting on it were two separate notions to Flynn Brewer until he’d met Keith, his first boyfriend, in high school. Before then, being gay wasn’t as real as the pain of living day-to-day. Flynn’s fear of coming out to his religious best friend Zach in their conservative community destroyed his relationship with Keith, but Flynn rationalized his avoidance and bottled up the truth until it was regrettably too late.

Zachary Mitchell was the perfect son and role model as far as the outside world could tell. Active in his church while attending college, Zach had a personality that could sell anything, do anything, or be anything. Except, he couldn’t sell the truth to himself. Just when he was ready to reveal his internal conflict to Flynn and expose the darkness lurking in his heart, and in his “perfect” family, Zach met a girl and got sucked deeper into his chasm of deception.

Caught in a living Newton’s Cradle of his own design, Flynn must chose between idealistic childhood fantasy, or a tempestuous passion that could ignite the very air he breathes.

Main characters: Flynn, Zach, and Keith. How they all three fit into the story, you will have to read and find out!

I am currently setting up a BLOG TOUR with all your favorite bloggers!

December 19th I start with a "Cover reveal" on GGR-Reviews. I think Scott will LOVE my cover ;)

Dec 31st I plan on stopping by Jeff Adams' blog for a little fun pre-release interview or something. :)

JANUARY 1, 2015  NEW YEARS DAY! is Release day for Misplaced Affection! Whoot! I will be over at The Novel Approach.

Jan 2 - The Blogger Girls
Jan 4 - Head in the Oven with the Multi-tasking Momma!
Jan 5 - Smoocher's Voice - I think Jodi might have some interesting things to ask me :)
Jan 7 - Prizm Book Alliance
Jan 8 - Love Bytes Reviews (I think Dan is going to like this one!)
Jan 9 - Joyfully Jay

I will also have a review out by Rainbow Book Reviews, and a date somewhere in there with Rainbow Gold Reviews. LOTS going on! And I have to write a unique blog post for each one!

So far, I have only released the Prologue and Chapters 1 & 2. I will repeat those posts with the edited version between now and January 1, but I am saving the special excerpts for the bloggers. Some of these scenes  will have you tearing up! Be prepared.


……….And then another cool thing yesterday………

I persuaded Jason Frazier to do the AUDIO of Misplaced Affection! OMGosh! So cool! Not only that, but he is going to FLY IN from Californ-IA to meet me in New York at the Rainbow Book Fair to sign stuff! I'm doing a book signing thing with JASON FRAZIER! heeheehee.

So lots of things are going on in the next couple months.

1. I am nominated for the Rainbow Awards as a finalist. Winners announced in December.

3. Nominated in MANY categories on the Goodreads M/M Choice Awards and the winners are announced in January.

4. The recording of Misplaced Affection by the one and only Jason Frazier!

5. The Lambda Literary Awards announce finalists in March. (I am entered. Fingers crossed!)

6. Somewhere in here is the release of the Audio of Misplaced Affection

7. The Rainbow Book Fair in New York! Holiday Inn Mid Town on W. 57th street April 18th if you want to stop by and say HI! (Jason Frazier will be there!)

Come back soon for updates. I am super excited! 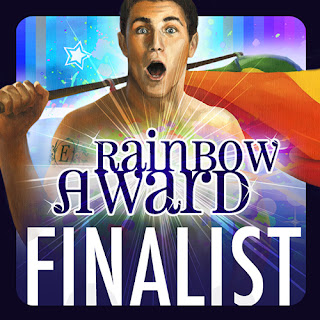 Yes, I am up for some CHOICE AWARDS ON GOODREADS. I'm very happy and excited about that. There is STEEP competition, but at least my little book Names Can Never Hurt Me was read by someone! haha. 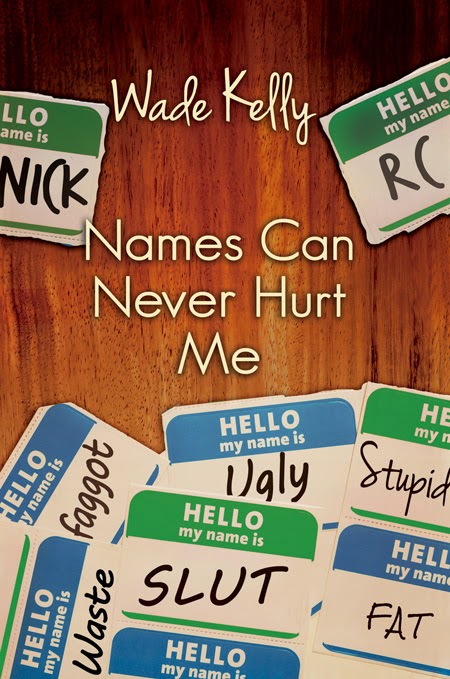 I am rather proud of this book. I attempted to talk about "labeling" people and the harm that comes from it. I think most readers got that. Sammy at Joyfully Jay even saw Nick as ADHD.

"...Nick Jones is obviously conceited, self-involved, sex-driven, and shallow. Except. He is also scrupulously honest, caring and loyal almost to a fault, and I believe written as a character that suffers from ADHD. His scattered thoughts, his inability to focus on one task for long, and his aimless drifting through life would indicate that he is an adult in need of meds to help him stay on track. So, now this almost typical male version of a “dumb blonde” becomes so much more. His shallowness turns into a naïveté that tugs at your heartstrings and when he is finally able to actually see his behavior as destructive and hurtful, he is able to slowly bring about change in his life, but only because his love for RC grounds and focuses him…"

So that was cool. I'm glad she could see so deeply into Nick.


As far as nominations, I'm up for:
~Best Long Story (250 pages or 100K words)
~Best Hurt/Comfort
~Theme ~Best Friends to Lovers  ~Profession ~Best Blue Collar ~Genre ~Best Contemporary/Mainstream ~Best Gay/Out For You   *Thomas, I know you like that category ;)

Plus: All-Time ~Favorite All-Time M/M Romance for When Love is Not Enough!

WHEN LOVE IS NOT ENOUGH...

THANK YOU ALL SO MUCH!

I look forward to voting. I have many friends in other categories as well as in my own! 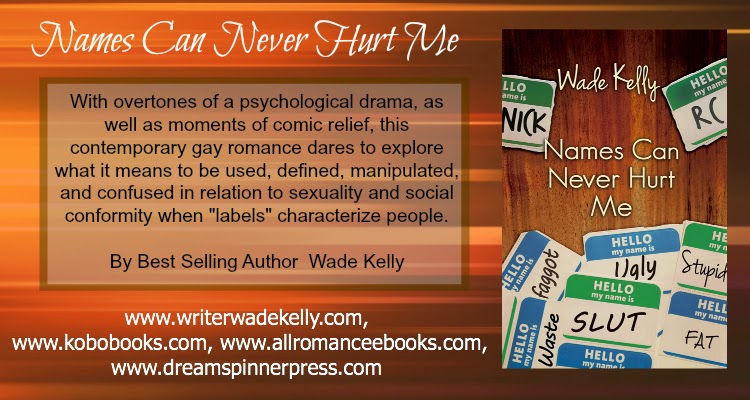