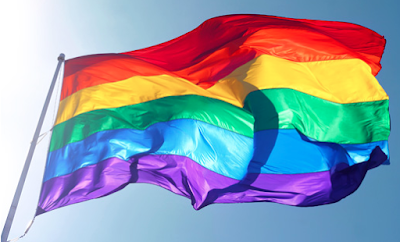 I saw my therapist today. Among other things, I expressed how hard it is for me not to be afraid to take a stand and speak my mind, especially in light of how I've been treated in the past. I said I wish I was brave. She told me she heard a quote somewhere that said bravery has nothing to do with not being scared. It has to do with being scared and still doing what you have the need to do. I've been trying to be more accretive for years. 2010 was a soul-crushing year in many ways, but I've changed since then. I have been getting stronger and braver over the years that followed. (There are people on FB who know this.) This past year has also been an emotional rollercoaster for personal reasons, which lead me to the therapist. However, the Orlando tragedy has changed me. I am a straight, white, woman, mother, wife, housewife, who is generally safe in my little house in the woods. No one is holding a gun in my direction. If I stopped writing, then there wouldn't even be a trail toward me after a period of time to even suggest I stood for anything. I am generally a quiet, non-confrontational person. I keep much of my opinions to myself. (Especially on FB. No drama from me.) But those people who died could have been someone I knew or loved and it makes me pause on a whole different level to look at myself and how I effect the world (Sorry if I should have said affect. hate those words) I can't sit quietly. Sure, I'm afraid about people who will reject me or hate me for being an advocate for human rights/ LGBT rights, but as I said no one is pointing a gun at me. The people the died we living their lives, being brave enough to go to a club where they felt safe. And some one took their breath from them. My therapist said she can see I have a passion for the gay community. She was happy that I changed my profile picture to my NOH8 photo. But changing a picture, is only a tiny step. I need to be more vocal to the people in my community and to my delegates and senators etc. The LGBT community is small compared to the rest of the population. They need advocates willing to be scared to take a stand with them. I've been to three gay clubs in my life. 2 of them I was there early with friends and was told nothing exciting happens until after 10. hahah. I go to bed at 8:30. But I did venture to watch a dancer I know in a club one time. (not sure if it was a gay club or not) If that hateful person had chose that club that night, then yes, I could have been among the victims simply because I wanted to a have fun with my friends. I can't live in fear. Those people went out that night not knowing they would die. They were trying to live. I want to live. I want my friends to live and have the same rights as me. To have the same security of going out in public and not feeling ashamed, scared, or marginalized because they love someone of the same gender. So if you are straight, and you care enough to take a stand, please do. We need to pull together! Love more, and hate less. Love is supposed to conquer hate, but it doesn't do it by itself without people who are willing to love.
Hopefully I didn't say this all wrong. I'm just typing what I'm feeling. I'm tired of being scared because life is too short to worry about what others are going to think of me if I stand for gay rights.
And remember: if you love someone, tell them. Have coffee with your friends. and spread love, not hate. 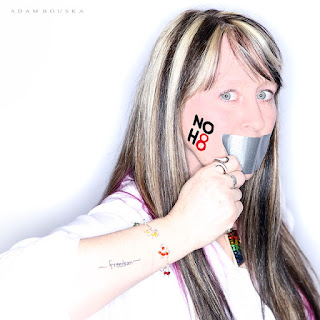