Trying to Find My Way

I think every one is at one point in their lives on a spiritual journey to understand life, God, meaning, purpose, etc. I think that is where I am right now. Life is a journey to begin with and trying to understand where your place is and how you fit in for some is harder to define than others. I am, and have been, trying to figure myself out. 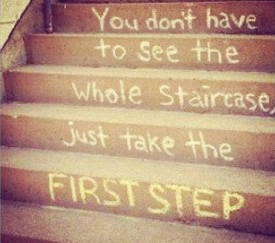 For years, the journey has been expressed through my writing. I've hit bumps. I've had opposition and misunderstandings in what I write and why I write it, and I am still undergoing a search within myself to understand how I will continue to do what I love and endure the opinions of others who don't understand me, or see it in the same light.

I believe I have a purpose. I believe I am bringing hope and writing a picture of culture in order for some to connect and feel as though they are not alone in the world. Paul Wright posted a link to an article in The Advocate Magazine that highlighted something Graham Moore said at the Oscars. One quote was "When I was 16 years old, I tried to kill myself because I felt weird and I felt different and I felt like I did not belong," Moore said. "And now I'm standing here, and so I would like this moment to be for that kid out there who feels like she's weird or she's different or she doesn't fit in anywhere. Yes, you do. I promise you do. Stay weird. Stay different, and then when it's your turn and you are standing on this stage, please pass this same message to the next person who comes along." What I appreciate about that was he said he tried to kill himself because he didn't belong. How sad, but also how great that he DIDN'T succeed. So many people out there feel like that. I say, PLEASE CONTINUE ON! Feeling alone and misunderstood is terrible, but you are not alone.

I find it so very tragic that kids and young adults face utter loneliness and opt to die rather than endure until they find someone to come along side them to help them navigate this difficult life that is often lived on Earth. As Graham said, stick it out and maybe you will be the next one on that stage!!! He adapted a screenplay and won a Oscar for it!

How I write about culture and societal shifts and my opinions about religion and family situations has varied over the past few years and in each book. I like to think that my books are all different and highlight different things. How they will change and evolve in the NEXT few years, I don't know. I tend to try and write about what is relevant as I am writing. Misplaced Affection was a book of highlighted historical types of events in Maryland and around my home town as I see it. NAMES was about the perceptions people have and how "name calling" can affect people. (Affect vs effect… IDK!)

A few things going on…. NAMES has a new cover. I talk about WHY on Joyfully Jay. Both covers ARE still available for purchase in paperback form, so even the first edition is not gone forever. That WAS the perfect cover after all!

Recently I wrote an article on Characterization. (I love saying that word.) It was posted on the Rainbow Romance Writers blog HERE. The title is Why You Should Hurt Your Characters. LOL!!!

My Roommate's A Jock? Well, Crap! was my humorous novel, but it touched on some hate crimes and such. Currently on Jay's blog I mentioned writing the sequel. It has been a long time coming and I think that was because I wasn't sure what I wanted to write. I think I have a clearer plan now, although the characters are turning out darker than planned. WHY? Because my life always seems dark! Hopefully it turns out FUNNY!!!

I've had a hard time writing funny because I don't feel funny. I feel dark and confused much of the time. My personal life has been a challenge. As I said in the beginning of this post, I am trying to find my way. Much of that is soul searching and trying to understand life and God and purpose. I don't see this as an easy and instant thing by any means.

But, in the meantime, I am writing No! Jocks Don't Date Guys. Book 2 in the "JOCK" series. The difficulties in this are that I am planning book 3 as I write book 2. For those not on Facebook who have not seen the Blurb:


What is a sexy soccer stud supposed to do when “following family traditions” falls 180 degrees opposite his closeted ideal?

From birth, Chris Jackson had been schooled on how to land himself a cheerleader. After all, his father married one, and his father’s father before that. Heck, even his older brother married their father’s definition of a stereotypical cheerleader the summer before Chris went off to college. For two years, Chris dodged invasive questions about relationships by blaming his lack of female companionship on grueling practices and heavy coarse loads; but really, his lack of interest in girls period should have given the family a clue. It wasn’t until Chris mentioned meeting a boy that things came to a head and his father flipped out.

Alonzo Martin was anything but a buxom blond. From his black hair, combat boots, and trench coat, to his nail polish and guyliner, the mysterious introvert was not so easily persuaded to go on a date. Alonzo’s insecurities kept Chris at arm’s length, but even his painful past couldn’t compete with the charismatic jock’s winning smile and sense of humor.

When opposites attract, only cheerleaders and gummy bears can overcome fear and family traditions.

Happy Anniversary to Kage Alan and HH!
Congrats to Matt and Brad on their engagement!
Congrats to Jeff Adams for his new book release!

Email ThisBlogThis!Share to TwitterShare to FacebookShare to Pinterest
Labels: writing

You've probably noticed that my blog has been inactive, especially if you frequently visit. It is due to issues I am having. Sorry. I will return. Just not right now. Find me on Facebook.

xoxox
Posted by Wade at 7:50 AM No comments: