What I’ve Been Up To… For Two Years

Reason one: I don’t want to seem like a whiner. Everyone has issues, and problems and I don’t normally advertise mine because I’m not out to seek sympathy for every little thing. Sometimes I say something just so you know I’m alive and that I still want to write more books. I haven’t given up completely.

Reason two: I’m being watched. Although that sounds silly in some ways, it does affect me. I am an author and therefore I’m an online personality for the most part. My picture is online, I appear in person to book related events, I am who I say I am, and the author part isn’t my issue. It’s the people in my RL (real life) who have issues with what I write.

Reason three: I don’t like to cause waves. I’m a non-confrontational person for the most part. I don’t like stirring up trouble. It is not and never was my intent to cause problems. What I want is to write stories that take what I see and experience in real life and translate them into stories people/readers can relate to. This, I think I have done.

Those reasons stated I have to say it hasn’t helped much. Things remain the same whether or not I talk about them. And again, I’m not posting a blog because I want your sympathy or condolences, or even anger; I’m posting because maybe you will understand where I’m coming from and be patient with me as I work through my crap on the way to writing another book. I haven’t given up; I’m on pause. (Like in the middle of a movie.)

Back to reason one, I want to say I am not whining. I’m just stating the events of my life as things that have happened which effect my writing process and my emotional state.

In 2015 I had a fight with my son and he left. That is the short version. Since July 2015 there has not been a moment of reconciliation or even discussion about his feelings and what he thinks or wants. He doesn’t talk to us. This has been very difficult for me. Some may know we adopted him in 2010. This was a difficult process and very costly, but we loved him and made him a part of the family. It took time for my daughters to adjust to having a brother. He was older, which displaced my oldest, and he was “newer” which displaced the baby of the family. Then… only a couple of years later they’ve had to readjust to NOT having a brother because he doesn’t interact with the family. It’s been hard.

This emotional “trauma” is what my endocrinologist thinks could have triggered my thyroid issues. Thyroid is affected by emotions. YAY me!

I also had another incident with my church involving my writing and the board requested some “meetings” to discuss what I was writing. Some of these meetings were in 2014 into 2015, but picked back up again in 2016 into 2017. This is another whole thing.

In 2016 my mother was diagnosed with COPD and emphysema from smoking for 50+ years. She smoked a lot! So my brother and I took her to the doctor and stuff. Meanwhile, my son isn’t talking to anyone, and stopped talking to my mother in January 2016. In all of 2016 I didn’t write anything. I’ve been scattered. Too much going on and I couldn’t think about what to write. I’m working on JOCK 4 but nothing is flowing, etc. In August I was diagnosed with hyperthyroid which accounted for my weak legs, shaking hands, and anxiety and depression. I was put on Methimezole and Lexapro. In the fall of 2016, the church board thought I needed to have a discussion about what I wrote because “didn’t you just release a book in August?” – Funny. Yes I did. Back Off! That’s My Jock came out in August 2016. As I said, people are watching me and because everything I do is basically online, they knew that. So we “sit down” and have a chat, the long and short of it was “writing sex isn’t acceptable.” Don’t go off. This is how it is in some churches if you’ve been to any reformed Presbyterian churches. I know this. I chose to go there. I chose to write sex in my books. I allowed the “meetings” to go on many occasions.

In November 2016 I had a panic attack. My first one even, and landed in the hospital over night because I thought I was dying. I wasn’t. My heart in fact was in great shape! YAY. But the anxiety and depression were not being helped by the scrutiny of my church.

In January 2017 my mother was given 6 months to live. A week later, I was to meet with the church and be “sentenced” according to the grievances they formally listed in a letter to me. I’ve got enough shit to deal with in my life. I went along, I pleaded guilty, and was sentenced. I was not excommunicated, which was actually a surprise.

Yes, I have written sexual content in my books. They are romance with sexually explicate content. No, this was not the intent of my life to write sex in and all the time. This may change. I told them that. I was willing to work with their desire for me NOT to write sexual content, but that wasn’t good enough. I had to feel bad and repent of writing it at all. I had to feel sorry for doing it. I’m not. I am proud of my writing. I love my stories. Yeah, there is sex but sex happens in relationships and I write characters as close as I can to real people. I want to be real and relatable. So yeah, I wrote sex. This didn’t sit well.

In March, my husband tried to tell my son he needed to reach out to his grandmother before she passed. There was no communication between them. In April, my son joined the Air Force. He said he’d contact my husband with details of where he could be reached, and as of now (Aug 4) we haven’t heard from him.

In June (ish), I was approached again by the “board” of elders and asked, “Have you changed yet?” Um, no…. when was this ever an effective method of intervention? I’ve been dealing with life crap, and now asked again if I have changed. No. I haven’t. I’m the same cynical person I was before. Actually, I’m probably more bitter than before.

In July. My mother died. I listened to her drown in her own fluid. I smelled the scent of death I hope never to experience again.

I’m posting because I freaking tired of people “watching” me and passing judgment on my life. As they say, you have NO IDEA what a person is going through. As far as I know, in my experience with church order and structure etc, church discipline is supposed to be delivered in love. What I feel, isn’t love. I feel ridiculed, cornered, and attacked. You may not intend that, but that’s what comes across. (Church!) I have tried to express my concern for your lack of compassion. No one hears me. When have you asked how my mother was doing after I announced in January that she was dying? When have you asked how my son was doing? (Aside from one person in two years.)

Let me say this… In October 2016 I went to dinner during GRL with Steve Leonard. I don’t know Steve well, but while we were waiting for a table for like 8 people, we chatted. Do you know the first thing he asked? Steve asked, “How are things with your son?” Why did he ask that? He barely knows me. It’s because he pays attention and knows that the incident with my son was the most painful thing I’ve gone through in my life. He cared enough to pay attention. I get it, that the church “board” can’t know everything because they rely on Small Groups to get to know church members more deeply, but if a casual friend, whom I see once a year, knows my heart more deeply than a “board member,” then they don’t know and love me well enough to pass judgment.

Not one person from this church board showed up at my mother’s viewing or funeral. I’ve been going to that church for 7 years. I’m there almost every week. (Except recently). My boss, whom I’ve known for 5 months, showed up at the viewing because he cared enough about me to make the time. Friends whom I haven’t seen in years took off work to make time to spend 15 minutes with me at a viewing because they cared enough to do so. What kind of message do you think this sends about the church to ME. You lack compassion and caring. I get it, I wrote sex and I am not repenting of such and so I’m under “discipline,” but now I feel as though I don’t measure up to your standards and therefore don’t matter in the long run. This, is very sad.

I do not mean to be an embarrassment to my husband, family, or church, but I DO take this very personally. There are people who have come out of the woodwork to pay respects, and yet my church “family” hasn’t. NOTE: I do not count the people who have reached out! I know who you are. I am speaking directly to the board who has let me down. Those who feel they can pass judgment over me and yet not spend 5 minutes consoling my family. You’ve lost my respect. I am no longer attending that church. If I visit, it is because I DO have friends there that I will miss.

This is all ONLINE, as everything else in my life is online. If you don’t care to know me, then defriend me. I’m a very transparent person. I talk. It’s what I do. And I’ve held in the details of my life far too long. I tried to be respectful of the church, but I no longer feel like my life matters to you. I’m not clean enough—this is the message you sent me.

On the writing side of things, I'm trying. Words are not flowing well as I've been dealing with emotional crap. I hope to write and finish a book this year. Fingers crossed. 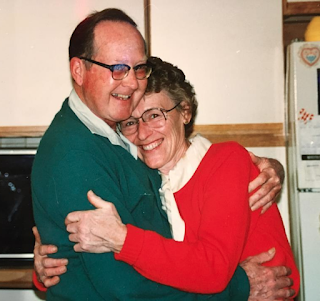